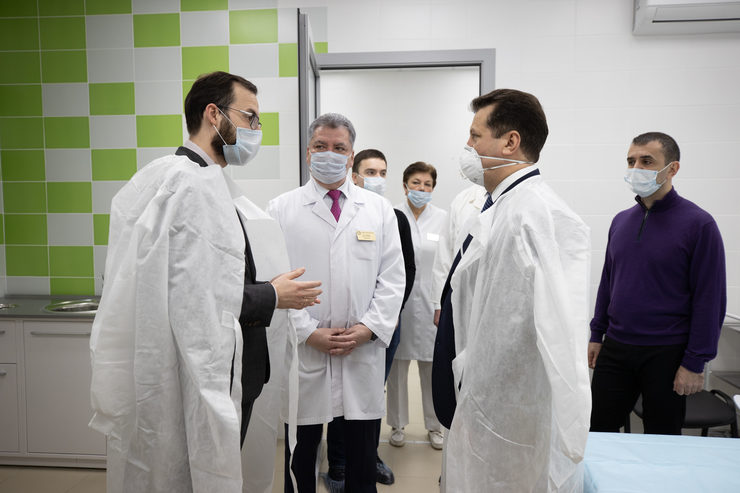 I.Metshin: “Police officers protect not only public order, but also the health of our residents”

In two weeks, the Kazan police revealed 45 facts of violation of restrictions of work of establishments at night. Valery Samatoshenkov, deputy head of the Ministry of Internal Affairs of Russia for Kazan, said this today at the Business Monday at the Executive Committee.

“The police have even more pressure, they work according to the instructions of the Russian Agency for Health and Consumer Rights. Police officers protect not only public order, but also the health of our residents”, - the Mayor said.

Valery Samatoshenkov reminded that in the first days of the pandemic, the Kazan police garrison quickly reorganized its daily activities. “Mobile teams serve on the streets of Kazan, compliance with the mask mode is checked at the shopping centers, public transport and taxis,”- Valery Samatoshenkov said, adding that the measures are merely precautionary and are primarily aimed at preventing the spread of coronavirus infection. “Almost every fourth violator is subject to such a measure as a warning”, - Valery Samatoshenkov noted.

To date, the city police have organized inspections on the implementation by individual entrepreneurs and legal entities of the rules published in the resolution of the Tatarstan Cabinet of Ministers on limiting the opening hours of establishments at night. So, for two weeks, 45 organizations were revealed that do not comply with the working hours at night.

Multimedia
Previous news
I.Metshin: “This is the case when every citizen of Kazan can and should take care of the environmental safety of our city”
Next news
Hero of the Soviet Union Boris Kuznetsov was paid the last respects in Kazan
Personal
Official site