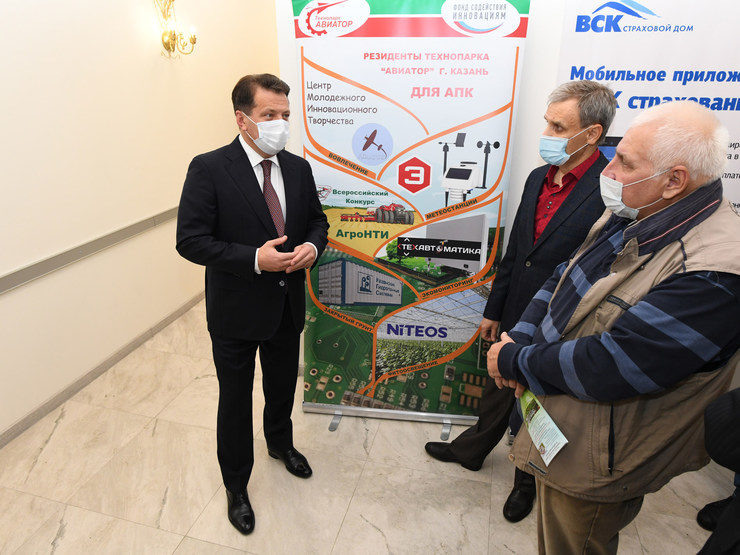 The Mayor of the city Ilsur Metshin visits the office at 36 Vosstaniya Street after the renovation.
read more
News

Kazan schools regularly occupy leading positions in the Russian rankings. Recent researches have also shown a high educational level in the city – Kazan schools have entered the top 100 in terms of competitiveness, the top 300 in terms of the number of graduates enrolled in leading Russian universities, the top 20 schools of the Volga Federal District and other ratings of the research agency RAEX. Irek Rizvanov, head of the Kazan Education Department, told more about the achievements of the municipal schools today at the Business Monday meeting.

“Despite the fact that education is being criticized in Russia, it continues to traditionally remain at a very high level. Nevertheless, there is always room for improvement. It is important that we all pay attention to this. This is our common task, a common goal, and we must work together every day”, - said Ilsur Metshin, the Mayor of Kazan.

In addition, educational organizations were noted among the best schools of socio-humanitarian, technical and medical specialties. Five lyceums have entered the top 200 schools that prepare students for the best technical universities: school No.131, Lobachevski’s lyceum, IT lyceum of KFU, boarding school No.7, lyceum No.145. Among the educational institutions with a focus on social and humanitarian sciences, the Engineering Center of the Sovetsky district and the boarding school No. 2 are noted. The best science schools include school No.131, IT lyceum of KFU and Lobachevski’s lyceum. Lyceum No.179, Lyceum No.116, IT Lyceum of KFU, boarding Lyceum No. 2 and school No.139 are recognized as the best medical schools.

“This is a great credit of the teachers of these schools. There are several projects to improve the professionalism of managers and teachers – the municipal “Vector of Success” and the federal “Teacher of the Future”, in which Kazan teachers participate and win professional competitions at various levels, including international ones”, - the speaker noted.

In September 2021, Almaz Khamidullin, a former mathematics teacher at Kazan boarding school No.2 and presently the director of the Unber multidisciplinary school reached the final of the international competition Global Teacher Prize 2021. He became the only finalist from Russia. The winner of the main prize will be announced in two weeks. Maria Golovanova, the English teacher of Kazan school No.122, entered the top 5 best teachers in Russia and now represents Tatarstan at the final stage of the federal competition Teacher of the Year of Russia - 2021. The name of the winner will be announced on October 10.