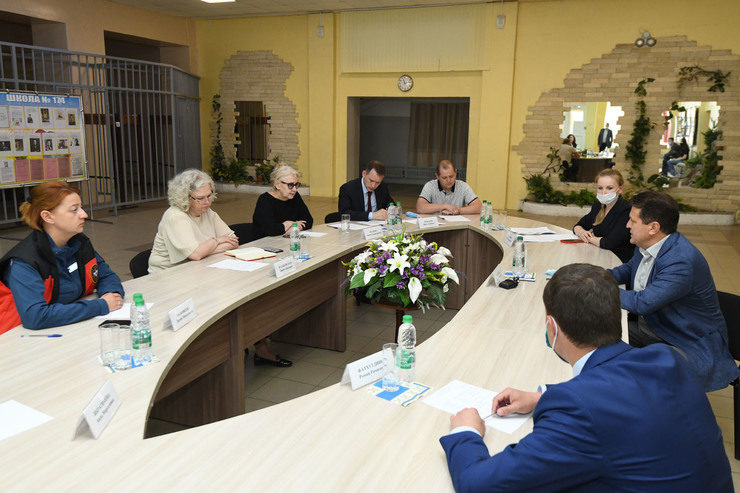 In Kazan, by the beginning of the school year, the kindergarten №15 on Bolshaya Krasnaya Street, 60/35 will be renovated. The first preschool in the city was established here in 1913, and presently the building is a cultural heritage site of national significance. During the renovation, the lost historical elements will be restored, the front will be restored to its original color, as well as the interior doors will be restored. Ilsur Metshin, the Mayor of Kazan, got acquainted with the progress of renovation today. “A lot of work is being made in the city to preserve the historical center, we have learned to work in this area”, - he outlined.

This year, 15 kindergartens for 2,500 children will open after renovation, and the total number of preschool children in the next school year will be 25 thousand children, I. Metshin said.

However, there are still many educational facilities in Kazan that need to be renovated. “Two hundred kindergartens are waiting for renovation-this is a large number, and our task is to solve this issue as soon as possible,”- the head of the city noted.

The building of kindergarten №15 on Bolshaya Krasnaya Street has a rich history. It was built at the end of the XIX century, belonged to the Aristov family and was an apartment house. In 1910, the scientist-physiologist Alexander Samoilov moved to this house, and in 1913, his daughter Anna established the first kindergarten in the city on the first floor. Now the preschool has four groups for 110 children.

Since 1984, major renovations have not taken place here. Marat Zakirov, head of the administration of the Vakhitovsky and Privolzhsky districts, said that the current overhaul in the building would be the second in a row.

The renovation takes place in two stages. In 2020, the floors and other dilapidated constructions were dismantled, and electrical work, ventilation and heating systems were completed. This year, the roof and front will be repaired, as well as finishing works will be carried out. During the renovation, all the historical elements that have been lost over the years will be restored. In particular, plastic windows will be replaced with wooden ones, the entrance canopies will be restored, and the red brick facade will be restored to its original color. The interior doors made in 1913 will also be restored.

Multimedia
Previous news
I.Metshin: “The Zarechnaya station is one of the most complex and important infrastructure projects in Russia”
Next news
Ilsur Metshin: “The number of unemployed people decreased by more than half in Kazan compared to last year”
Personal
Official site