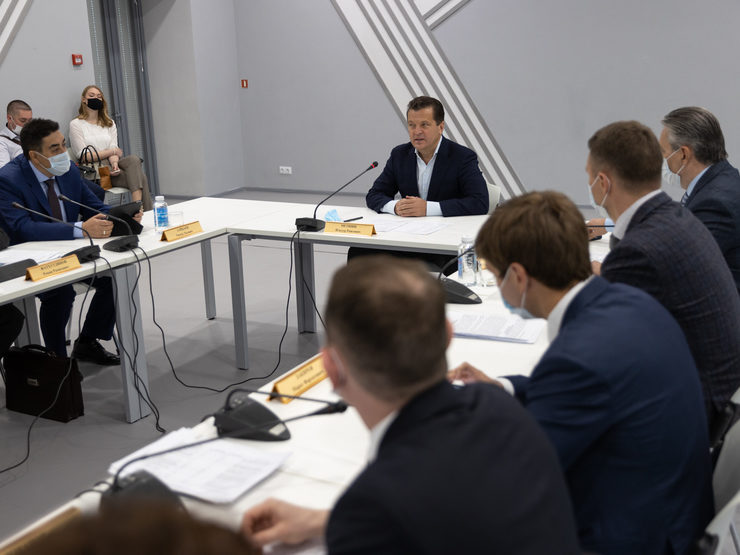 I.Metshin: “Our dream is for children, their parents and the older generation to attend the Zalesny cultural center”

The Zalesny cultural center was opened after the overhaul in the Kirovsky district of Kazan. Presently, more than 600 adults and children attend classes here. The Mayor of Kazan Ilsur Metshin visited the renovated cultural institution and inspected the overhaul.

The Zalesny cultural center, located at 8 Osinovsky Pereulok, was built 40 years ago, in 1981. Last year, overhaul was carried out here – the roof and front were replaced, the building was insulated and the premises were reconstructed. Thanks to this, the cultural center was equipped with a new multifunctional hall for group classes.

“Our dream is for children, teenagers, their parents and the older generation to come here. And we will continue to create the appropriate conditions”, - noted Ilsur Metshin, the Mayor of Kazan.

The cultural center offers classes in 56 areas, 35 of which are free of charge. Residents of the district attend classes in choreography, yoga, applied arts, rhythmic gymnastics, literature, learn to play the Tatar harmonica.

To date, all the cultural centers in Kazan have been renovated. In addition, since 2012, eight facilities have been built in the city under the “Country clubs” program. “Over the past year, we have renovated the Said-Galiev cultural center, the Railway workers center and Chulpan cultural center. While two of them are located in villages, as well as the Zalesny cultural center”, - Ilsur Metshin, the Mayor of Kazan, reminded.

Multimedia
Previous news
Ilsur Metshin, the Mayor of Kazan, announced the establishment of the Institute of City Development in Kazan
Next news
In the Salavat Kupere residential complex, there will be a park with a lake, a fountain, a cultural center and an observation tower
Personal
Official site