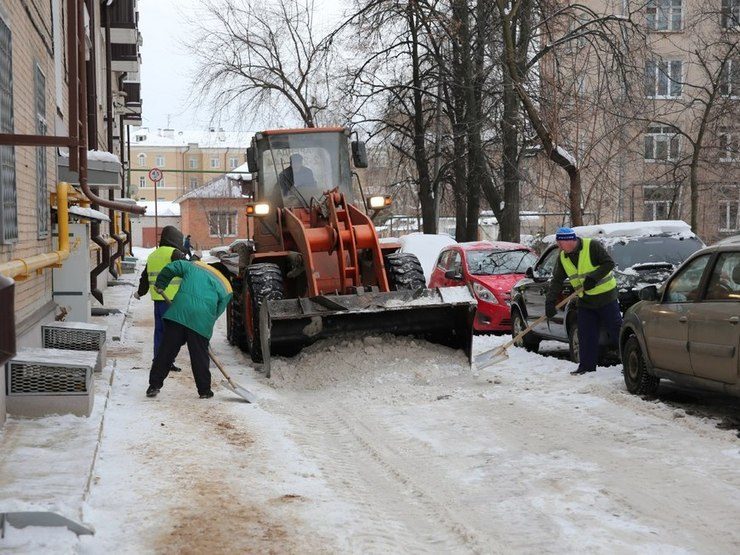 I.Metshin: “Clear agreements between property management companies and residents are important for quality snow removal in the yards”

Charity hockey game "From a pure heart" ended with a score of 11:9 in Kazan

Opening the game, Arkady Dvorkovich welcomed all the participants and stressed that the participation of every person in such a sporting event is very important. "Today we are here to make a good thing - to help the children, so we are glad to everyone. The collected money help to survive, to restore health to dozens of our children living in Kazan, Tatarstan and Russia as a whole ", - said Deputy Prime Minister.

He expressed gratitude to Rustam Minnikhanov and Ilsur Metshin, noting their achievements not only in the organization of tonight's game, but also in the conduct of major sporting events. "Thank you for the Universiade, for the World Championship in Aquatics, for your beautiful city!" - Dvorkovich spoke to the heads of the city and the republic.

Rustam Minnikhanov thanked the participants and spectators of the match. "Today is a momentous event in the history of Tatarstan - we hold a charity hockey game. It's not just a game. This is a step when our great players show an example to all, how noble everyone needs to be. I sincerely thank all the guests who have gathered here, "- the head of republic addressed the audience.

The fight on the ice, in which not only professional athletes participated, was a tense struggle. The first puck was abandoned in the first minutes of the game by the Alexei Morozov’s team. Ilsur Metshin was in the team and acted in the link with hockey players Alexander Stepanov, Vladimir Vorobiev, Andrei Pervyshin and Alexei Badyukov. Total teams played three periods of 15 minutes. During the game, Rustam Minnikhanov scored two goals and Ilsur Metshin - one. At the end of the match Alexei Morozov’s team won, finishing the game with a score of 11:9.

By the way, with today's match former captain of the "Ak Bars" team and now managing director of the Youth Hockey League Alexei Morozov finishes his career. The guests expressed their gratitude to the great hockey player for the contribution he has made to the development of Russian hockey.

Before the match a large-scale presentation of renewed after last season "Ak Bars" team was held. Fans were able to communicate with the players and coaching staff, asking them a variety of issues - from the plans for the season to whether they have pets. In addition, the congregation was able to witness the ceremony of handing over the game t-shirts to newcomers and was able to take part in a charity auction – to buy a helmet of the legendary hockey player, one of the best defenders of Russian Ilya Nikulin and Alexei Morozov’s skates.

After the game the spectators were able to witness another event - the money collected that day was transferred to two orphanages of Kazan and Saratov. Rustam Minnikhanov and Arkady Dvorkovich handed check at 8 million rubles to representatives of orphanages.

Multimedia
Previous news
Ilsur Metshin appreciated the quality of repair of driveways at st.Gavrilov
Next news
Kazan got round Paris in the race for the right to host "WorldSkills Competition-2019"
Personal
Official site