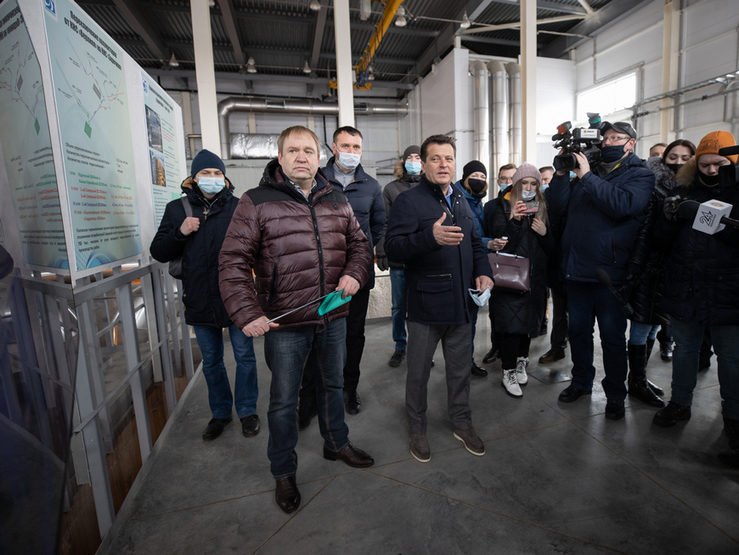 I.Metshin on the construction of the Zarechnaya sewerage pumping station

I. Metshin about the exhibition “Zambezi River” and the reconstruction of the Kazan Zoo

The capital of Tatarstan will be the first city in Russia with an African exposition of animals in the Zoo.

We could not even imagine how difficult it is to implement such a project as the “Zambezi River”. We have worked with the appraisal commissions of various events, forums, competitions, congresses. We know that there are a lot of requirements. There is a society of protection for each species of animals. They are professionals and do not obey anyone and nothing but common sense and a desire to protect animals. And it is right. We did not encounter such requirements before. We do not decide when one or another part of the Zoo opens, the animal welfare society does.

No one in Russia has any experience in designing zoos with African animals. Therefore, a lot of questions have arisen. We delayed the construction deadlines, but there were reasons. We were confronted with things that had not yet passed. But we did it. Now we need to finish the purchase, delivery, and adaptation of animals. This is a science, and there are several provisions that regulate this work. There is phasing in this process. It is also clearly regulated: which animals are the first to be imported, and so on.

The bringing animals from the African fauna will be carried out gradually. Now about 41% of animals have already been delivered to Kazan. By the end of October 2019, another 25-26% will be brought. In total, almost 70% of animals will be here. We believe and work on it. We will do this gradually, with maximum trepidation and protecting the animals, their mental health. It is necessary that they come almost to their native environment.

I emphasize that only African animals will live here. For example, an adult male African elephant weighs 12 tons, and Asian one reaches 4-5 tons in weight, that is, almost 3 times less. But we are not looking for easy ways and we are not trying to replace the African elephant with the Asian elephant. We take only animals of real African blood, which will breed and be valuable not only for ours, but also for other zoos of the world.

The program “Friend of the Zoo” played a significant role. According to it, patrons allocated almost 114 million rubles for the purchase of African animals for the “Zambezi River”. Patrons, friends of the zoo become, one may say, foster parents of animals and then allocate funds for their maintenance. Our family decided to purchase zebras; 7 of them by the number of members of my family.

On June 19, I got acquainted with the course of work; we invited journalists from the city and republican media to the press tour. Impressions of what he saw are the most positive. It’s like we are in Madagascar. Remember that movie? There is a lion, an elephant, my dear zebras are waiting for the third year to come here already. The place for the king-lemur is ready. This is Madagascar, a piece of Africa in the very heart of Kazan! I want to thank everyone who participates in this. Special gratitude is to Rustam Minnikhanov, who not only keeps all this under personal control, but cares and does everything to make this Zoo a great gift to the citizens.

The last animals of the African exposition will be delivered by 2021. But I am sure that already in such state, the “Zambezi River” will become a favorite place for residents and guests of the city, especially for children. And the Kazan Zoo will become a real gem after the completion of the reconstruction, and stand in one row with the best European zoos.