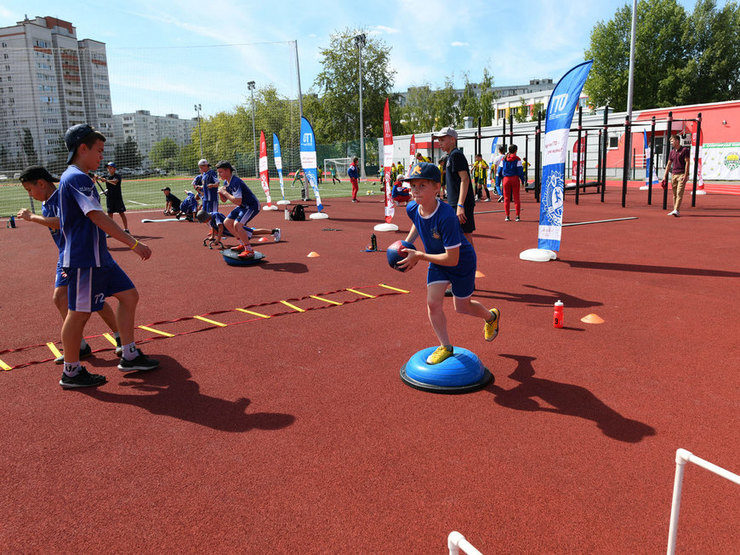 The Mayor of Kazan: “Most of the people in the city prefer a healthy lifestyle”

This summer, more than 200 various sports events will be held in Kazan. Albert Salikhov, chair of the Committee of Physical Culture and Sports, shared the plans today at the Business Monday meeting.

“We see that our younger generation choses a healthy lifestyle. This has already become the norm for most residents of our city”, - said Ilsur Metshin, the Mayor of Kazan.

On April 22, the 80th anniversary athletics relay will take place on Kremlevskaya Street and the territory of the Kazan Kremlin.

The Good Kazan charity race will be held as part of the relay with two distances of 500 or 3 thousand meters. All collected funds will be donated to charity foundations to help people with disabilities.

The final stage of the Kazan Mayor's Badminton Cup will take place on April 29. The best badminton players from each district of the city will compete in the tournament.

In mid-May, more than 3 thousand young football players will take part in the city stage of the All-Russian tournament Leather Ball in three age categories.

Another athletic event is scheduled for July 16 - Kazan will host one of the most spectacular sports summer races – Night Kazan. Participants will run distances of 5 and 10 km across the night streets of the capital.

On June 18, Kazan will host the Russian Triathlon Championship, which includes the IRONSTAR TIMERMAN CUP competitions. At the “half-iron” and Olympic distances, the participants of the competition will participate in three stages: running, swimming, and cycling.

On August 13, an All–Russian fest is planned in Kazan - the Athlete’s Day. The event will take place at several venues in the city. “Sailing, kayaking and canoeing, rowing and SUP board competitions will take place at the Kazanka river”, - A.Salikhov said.

This year, Kazan will host more than a hundred major international and all-Russian competitions, including the Koresh World Wrestling Championship, the Taekwondo World Cup, the synchronized swimming competitions “Svetlana Romashina Cup”, the Russian Billiards Championship and others.

“We have an intense summer season, many sports events, holidays, festivals, competitions are planned. Therefore, I invite everyone to continue working out, riding a bike, swimming in the pool or playing football. I am sure everyone will find their own fun or sport activity, and we will make every effort to do this”, - A.Salikhov summed up.

Ilsur Metshin noted that the present situation would not prevent Kazan residents from the active lifestyle. “Many major international competitions and tournaments were cancelled in Kazan because of the sanctions. However, professional athletes and amateurs will be able to continue playing sports at sport venues of the city. This year, three multifunctional sports grounds will open on Kh.Taktasha st,, Belomorskaya st. and Orenburgsky tract. We will continue to develop the sports infrastructure in the city,”- the Mayor noted.

Multimedia
Previous news
The International Forum on Energy and Energy-saving Technologies has opened in Kazan
Next news
I.Metshin: “Today, the coordinated, joint work of the entire construction complex of the republic is important for us”
Personal
Official site