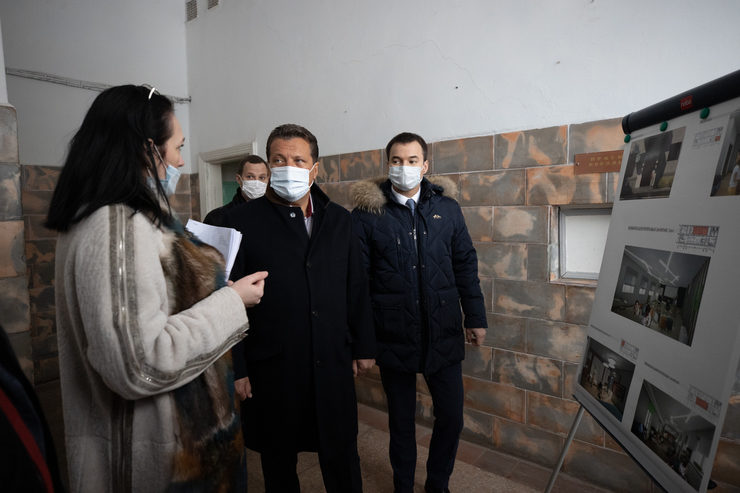 During the year, 10 departments of the Doverie Center will be overhauled in Kazan under the new republican program

The overhaul will begin at the department in the Sovetsky district, which serves 8,500 people annually.
read more
News

Mayor of Kazan: Recognizing Kazan as Russia’s capital of sports is a New Year present

The winners in 7 nominations made up the first “Russia’s Golden Team”. Organizers of the event are “Sovetsky Sport” and “Komsomolskaya Pravda” dailies with support of Russian Ministry of Sport, Tourism and Youth Policy. Winners elected by readers were announced at the ceremony.

Tatarstan capital was represented in 4 out of 7 nominations. For instance, Kazan claimed victory in nomination “Capital of Sports” along with Moscow, ST. Petersburg, Sochi, Penza, Khanty-Mansiysk and Novosibirsk. Kazan surpassed all the rivals and became the winner in this nomination. A prize with special symbols was handed over to Kazan mayor Ilsur Metshin, TNV TV-channel reporter in Moscow Dina Gazalieva told Tatar-inform.

The head of Kazan thanked the republican authorities and Tatarstan President Mintimer Shaimiev for enormous contribution to developming sports in Tatarstan. Ilsur Metshin said Kazan’s victory in nomination “Capital of Sports” was unexpected but long-awaited. According to his words, this victory has become a great New Year’s present. Tatar-inform
Previous news
Ilsur Metshin toured the settlements of the Privoljsky area
Next news
Mayor of Kazan: Organization of Universiade is great honor for Kazan
Personal
Official site