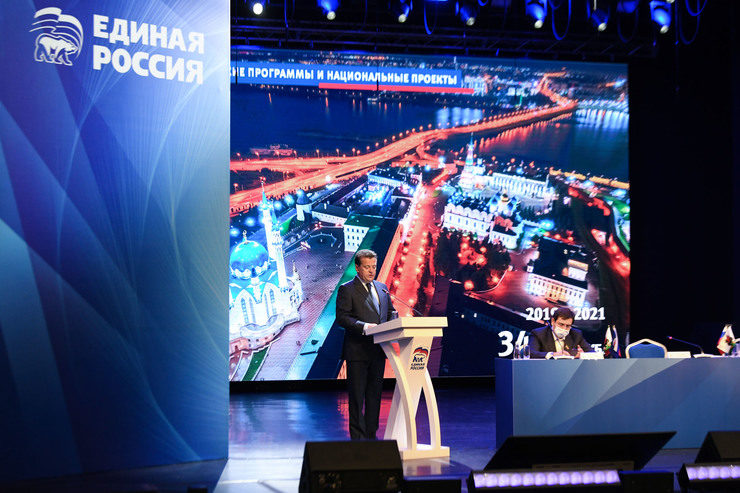 I.Metshin: “Despite tangible results, people expect changes, and we have to keep up with their expectations”

At the conference of the local branch of United Russia the results for five years were summed up.
read more
News

Mayor of Kazan: "Thank you, Rubin! Thank you, fans!"

“For the first time in history of Russian football, a non-Moscow club wins the gold two years in succession. Thank you, Rubin! Thank you fans! Forward Tatarstan, forward Kazan!” mayor of the city Ilsur Metshin stated.

According to his words, a huge wave of joy shook whole Tatarstan. Rubin was honoured by applause at the XI meeting of “United Russia” party on Saturday in St. Petersburg.

The mayor invited everybody to support the team in tomorrow’s key match versus Dinamo Kiev as part of the group stage of Champions League. The game will take place at Kazan Central Stadium at 8.30 pm.Tatar-inform
Previous news
Ilsur Metshin toured the settlements of the Privoljsky area
Next news
Mayor of Kazan: Organization of Universiade is great honor for Kazan
Personal
Official site