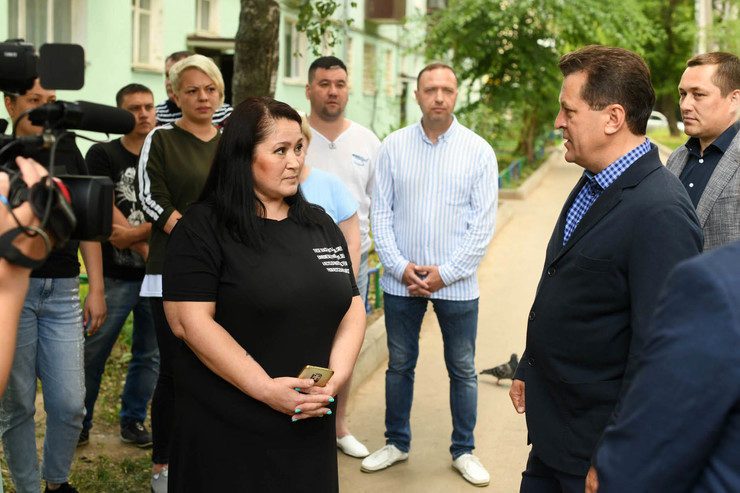 (KZN.RU, October 18, Ekaterina Andreeva). The traffic jams problem on the roads of Kazan has reached a critical point. One of the reasons of the low capacity of urban transport is incorrectly parked cars particularly on the lanes for route transport vehicles (RTV). In the coming days the parking rules violators will deal with technical means. Yuriy Abyzov, the Chief of the State Traffic Safety Inspectorate (STSI)of the Ministry of Internal Affairs (MIA)  in Kazan recalled it on today's Business Monday.

As KZN.RU has already reported an automatic system of video focusing of wrong standing and parking vehicles will have worked in Kazan since October 20. Parkon device adopted by the traffic police of the city allows automatically detect violations of parking at the bus lanes succeeded by printing orders, receipts. This system has been working in Kazan in a test mode since August of this year.

"Movement in Kazan particularly in the center: on the Karl Marks street, Pushkin, LevoBulachnaya, and Pravo-Bulachnaya streets is just paralyzed during peak hours because of the parked cars on the right lane”, Yuri Abyzov said, “Parkon is designed to control parking. A violation protocol will be drawn up if drivers stand on the lanes for RTV more than 5 minutes".

It is worth noting that under the Code of Administrative Offences of the Russian Federation, violations of the rules of the transport vehicles location on the lanes (designated for RTV) is punishable by a fine of 500 rubles while stopping or parking in these lanes caused obstacles to route transport vehicles amounts to 300 rubles.