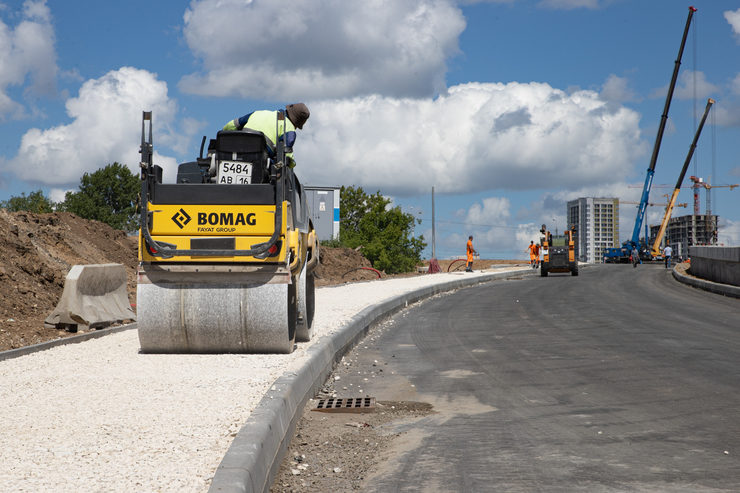 (KZN.RU, October 13, Renat Shirmanov). Kazan is interested in expanding inter-community relations with Israel and Palestine which will certainly promote to the establishment and development of economic cooperation between the cities of two states and the capital of the Republic of Tatarstan. This has been announced today by Ilsur Metshin, the Mayor of Kazan during a meeting with spokespeople for the delegations of Israel and the Palestinian National Authority.

Apart from the Mayor of Kazan the meeting has been attended by Daniel Atar, the Governor of

Gilboa Regional Council in Israel, Abdullah Barakat, the Palestinian Deputy Governor of the Jenin province, and also Leonid Litinetskiy, the General Director of Israeli Assotiation of Tatarstan Natives, the Parliamentary Deputy for the state of Israel.

Ilsur Metshin thanked the distinguished guests for a massed visit, and noted the important role in the further development of relations between the Municipalities of the Republic of Tatarstan and Israel.

"We are grateful for such a respectable visit to our republic and its capital. Intercity relations between Tatarstan, Israel and Palestine are important for us, and we pay a great attention to this matter. More close ties unite Kazan with the Middle East. For example, currently direct flights from our city to Israel have been established and we plan to increase their number. Many immigrants from Kazan successfully live in Israel and the Jewish Community in Tatarstan is one of the most friendly and united in Russia. According to the latest census there is about two thousand Jews and they all make a substantial contribution to social and political life of the city which commanded only respect ", Ilsur Metshin said.

In response the spokespeople for the delegation of the State of Israel and the Palestinian National Authority congratulated the Mayor of Kazan on winning in the municipal elections in single-mandate constituency and also agreed that this meeting would also serve as a push to the development of relations between Palestine, Israel and the Republic of Tatarstan.

Moreover the distinguished guests invited Ilsur Metshin to take part in an International Congress held in Israel in connection with the first common Israeli-Palestinian industrial zone which is designed to solve numerous problems in the relationship of the population of the two states.

“This is the first visit to Russia of the delegation of Palestine and Israel at the level of municipal leaders. It is very significant that it has taken place it in the Republic of Tatarstan that is considered in the Middle East to be a model of tolerant coexistence and prosperity of a multinational republic and, in particular in the capital of Tatarstan. We would be pleased if the representatives for Tatarstan will take a decision to take part in the first joint industrial zone of Israel and Palestine the importance of which has been repeatedly pointed out earlier”, Leonid Litinetsky concluded the meeting.

Note that previously there was a meeting of Rustam Minnikhanov, the President of the Republic of Tatarstan with the delegation for the State of Israel and the Palestinian National Authority, and tomorrow the delegation will meet with heads of various ministries and departments of Tatarstan.

Previous news
Ilsur Metshin: "Kazan has to be a city of an international level"
Next news
Full repair-2010 completed by 99% in Kazan
Personal
Official site