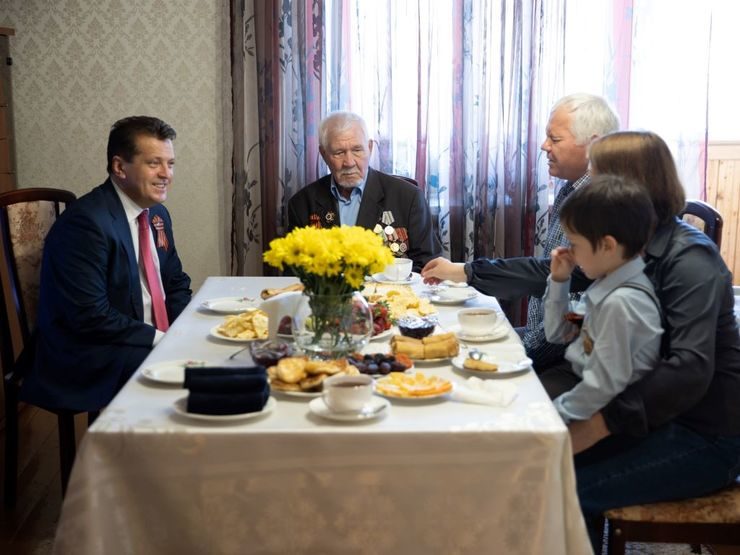 I.Metshin: “The border between the city and our villages should be broken down”

The development of social and utilities infrastructure in the villages was discussed today at the Business Monday meeting at the Executive Committee. The heads of the districts reported to the Mayor of Kazan on the progress of road repairs, installation the lighting points, the construction of utility networks and social facilities.

Issues of development of the villages require professional solutions

I.Metshin reminded that most of the villages were annexed to the city only a few years ago with existing infrastructural problems. “We have 97 residential areas nearby Kazan, the vast majority of them have been annexed since 2007, - he said. - Residents are actively moving to villages, and building houses there. Unfortunately, the social and utilities infrastructure does not keep pace with the development of the villages. The number of new lighting points, social infrastructure facilities and other indicators are positive, but there is still room for improvement”.

The support of Tatarstan President Rustam Minnikhanov raises high expectations for solving problems with the village infrastructure, as well as the creation of the Institute of Spatial Development, I. Metshin noted. “Today we have plans until 2030, including the development of the Kazan agglomeration. The border between the city and our suburbs and villages should be broken down”, - the Mayor said.

One of the key issues is the renovation of the road network. According to Timur Alibayev, head of the administration of the Aviastroitelny and Novo-Savinovsky districts, almost 500 million rubles have been allocated for road repairs since 2012, 111 roads have been repaired, and 20 sidewalks have been paved. This year, it is planned to repair the roadway at two streets – Bestuzheva and Kluchishchenskaya, as well as to repave the sidewalk on Shosseynaya street in the village of Borisoglebskoe.

In the Kirovsky and Moskovsky districts, almost all roads leading to residential areas have been built or resurfaced. “In three years, 17 streets with a length of 9 km were renovated, the lighting was installed,”- reported the head of the district administration Sergei Mironov.

Since 2017, more than 113 thousand sq.m. of roads have been repaired in Vakhitovsky and Privolzhsky districts. According to the head of the district administration Marat Zakirov, this year it is planned to repair more than 14 thousand sq. m. of roads.

In the Kirovsky and Moskovsky districts, 1,140 lamps were installed in three years, according to S.Mironov, for safe illumination, the installation of another 600 lighting points is necessary.

This issue is also being solved in Vakhitovsky and Privolzhsky districts: only 60% of the streets were lit in residential areas 5 years ago, but now this figure is almost 80%. The roads at all bus routes, social facilities, playgrounds are illuminated, M.Zakirov reported.

This year, 691 street lamps are planned to be installed in the Sovetsky district – which will illuminate about 15 km of streets. For 5 years, 1,900 lamps were installed, 50 km of roads were illuminated. R.Fatkhutdinov noted, today the demand is more than 6 thousand lamps.

Multimedia
Previous news
Ilsur Metshin: “We set the task to address the problems of residential areas systematically”
Next news
I.Metshin on school nutrition: “Our results are known at the national level, but it is important for us to be the best, not the first”
Personal
Official site