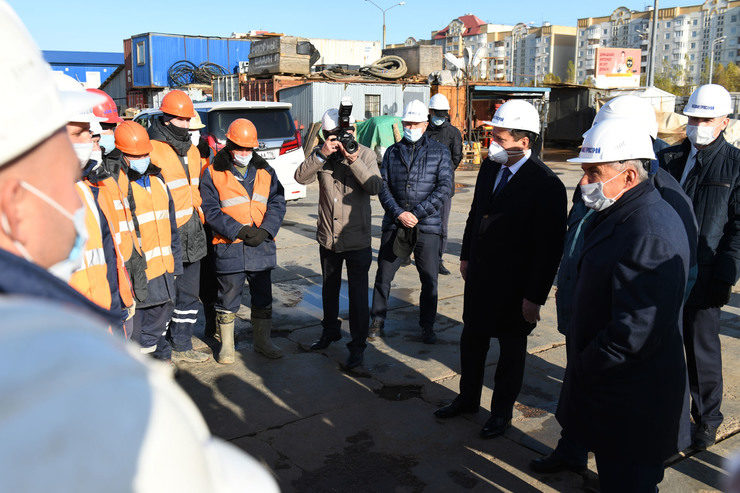 Today, with the participation of Tatarstan President, the second tunneling complex was launched.
read more
News

Ilsur Metshin: “Our main task is to repay the trust of the voters and bring our beloved Kazan to a new level”

The election of Tatarstan President and Kazan Сity Duma deputies ended yesterday. The Mayor of Kazan Ilsur Metshin at today’s Business Monday meeting presented the preliminary results of voting. He reminded that 459 voting stations were operating in the city. On September 11 and 12, mobile polling stations were organized in the districts of the city for the convenience of residents.

According to the Central Election Commission, no serious violations were registered during the voting. Observers from all parties and independent candidates worked at the polling stations.

In the single-mandate districts of the Kazan City Duma, candidates nominated by United Russia received the largest number of votes – they received 16 mandates, the Mayor said. Five self-nominated candidates, one each from the Party of Growth, LDPR, Communists of Russia, and Fair Russia also won.

Multimedia
Previous news
Ilsur Metshin: “The festival of the self-employed is a necessary support measure in the current conditions”
Next news
I. Metshin: “Dear citizens of Kazan, please vote and choose the future of our city and our beloved republic»
Personal
Official site